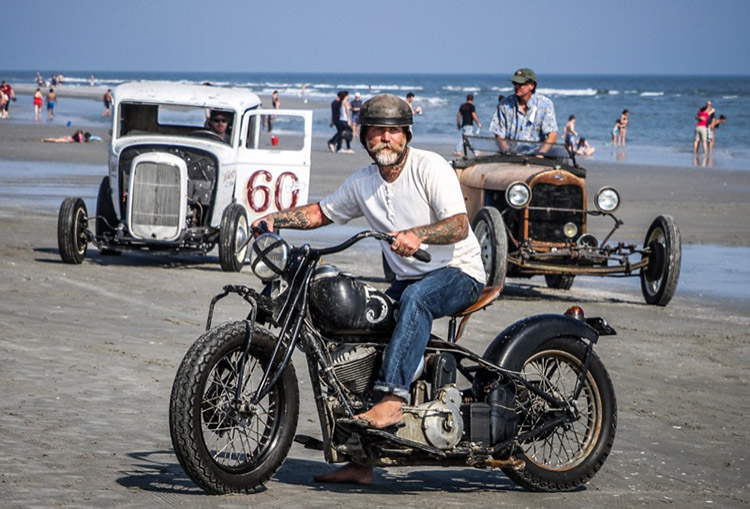 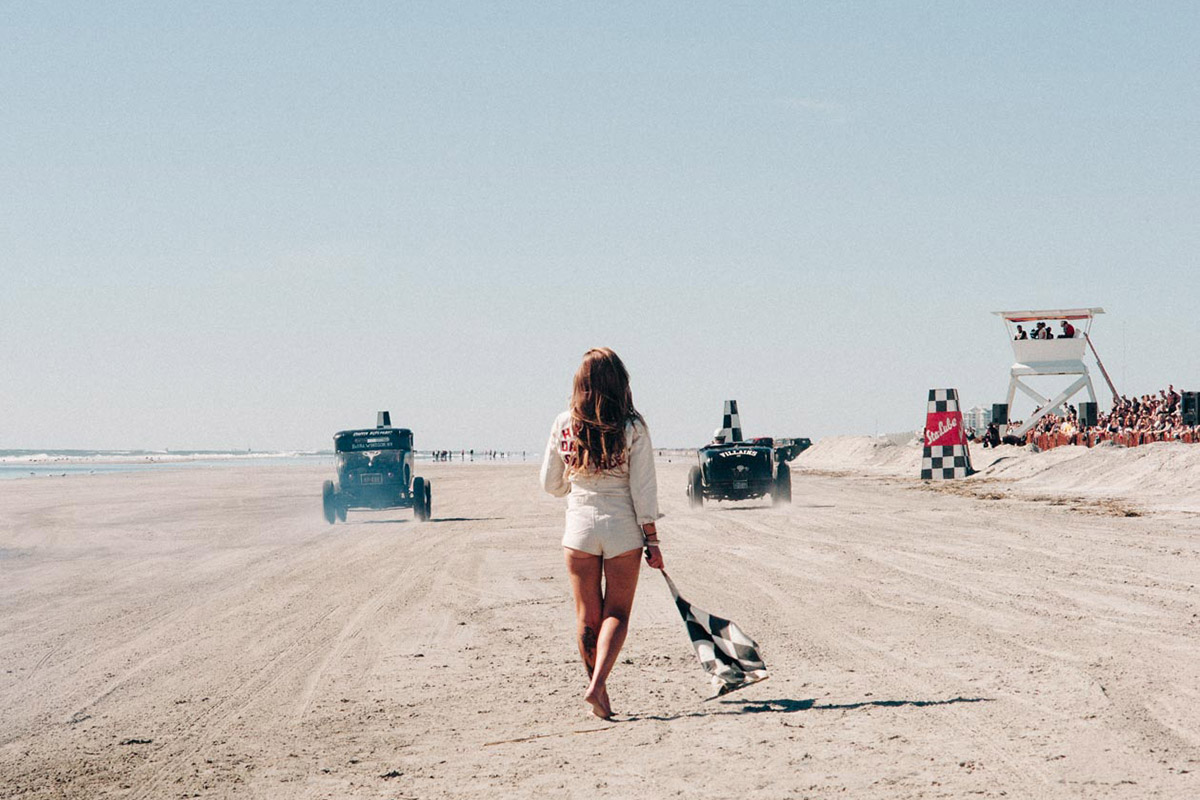 On Saturday, June 4, the shore of Wildwood, New Jersey, has been the set of a unique event: The Race of Gentlemen, a modern tribute to America’s rich history of drag racing. The TROG (the event’s acronym) is a full weekend packed with races, cars, motorcycles and good times. 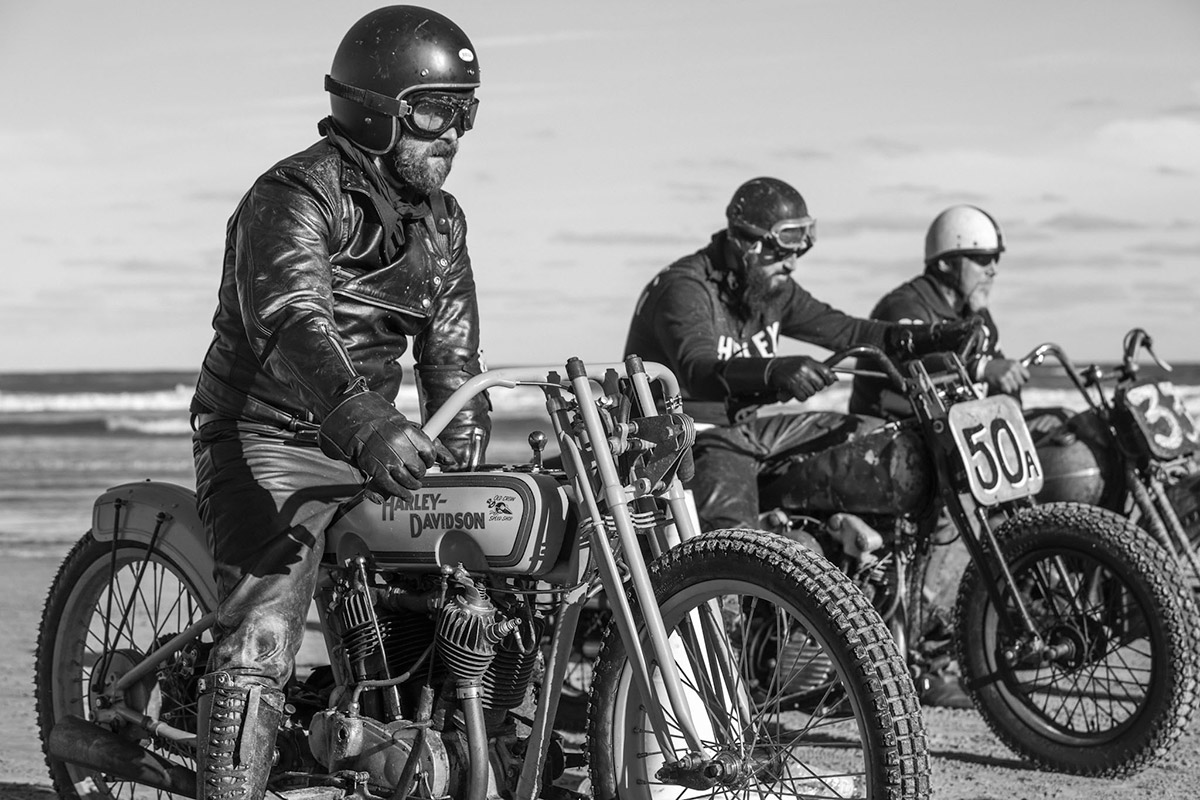 Focusing on the idea of « period correctness » , the organizers of the event, Mel Stultz and Bobby Green, decided to build this veritable show on the beach as the place where early American rodeos went to test their modified machines. So all the vehicles that attended the race where pre ‘50s, made in Usa and all the signage and decoration reflect a bygone era of Americana speed. 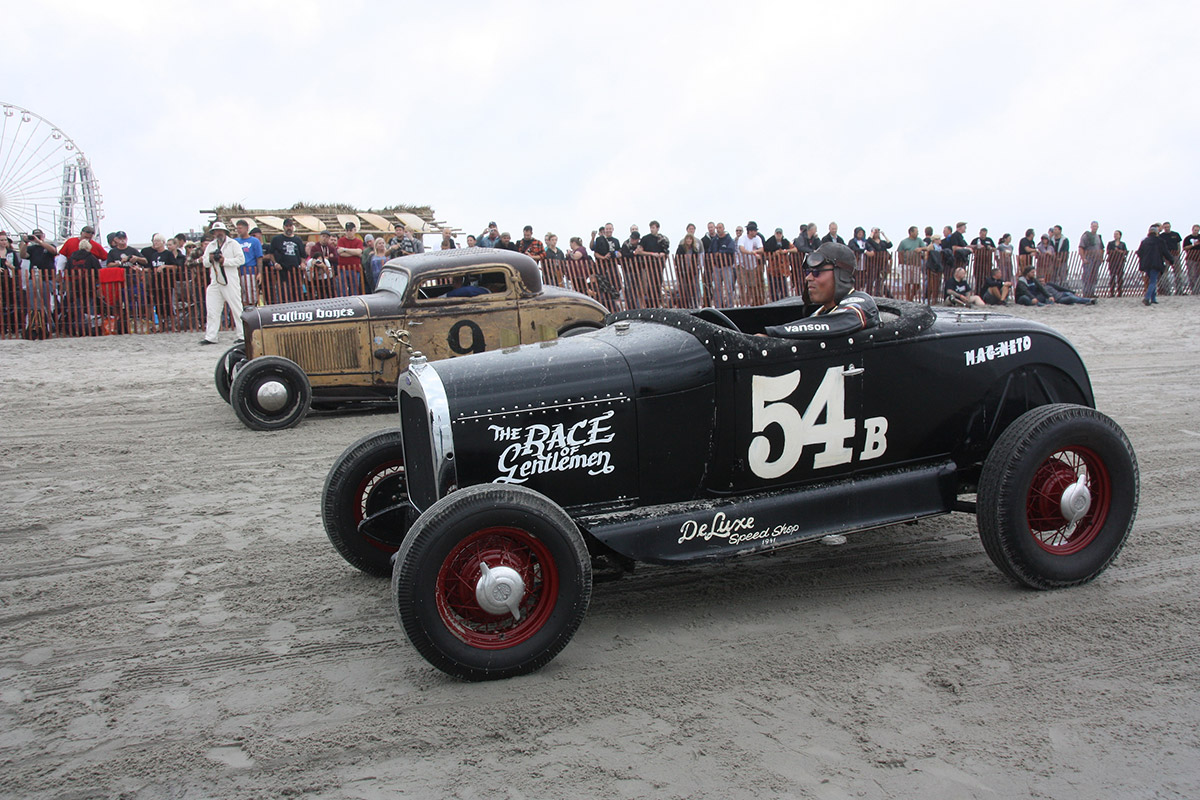 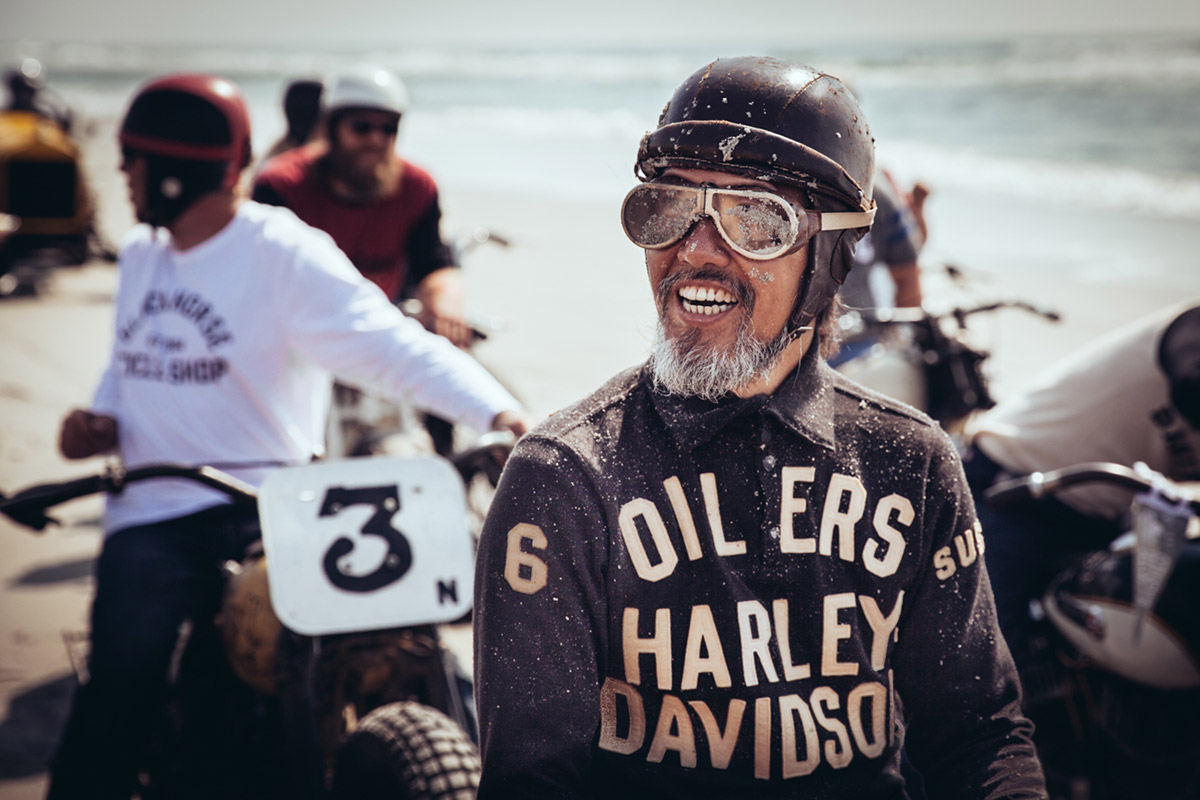 Fans, young and old, from many different cultures have been attracted here on the Jersey shore, to watch the event. The race will also take place for the first time on the west coast in Pismo, California next October 2016.