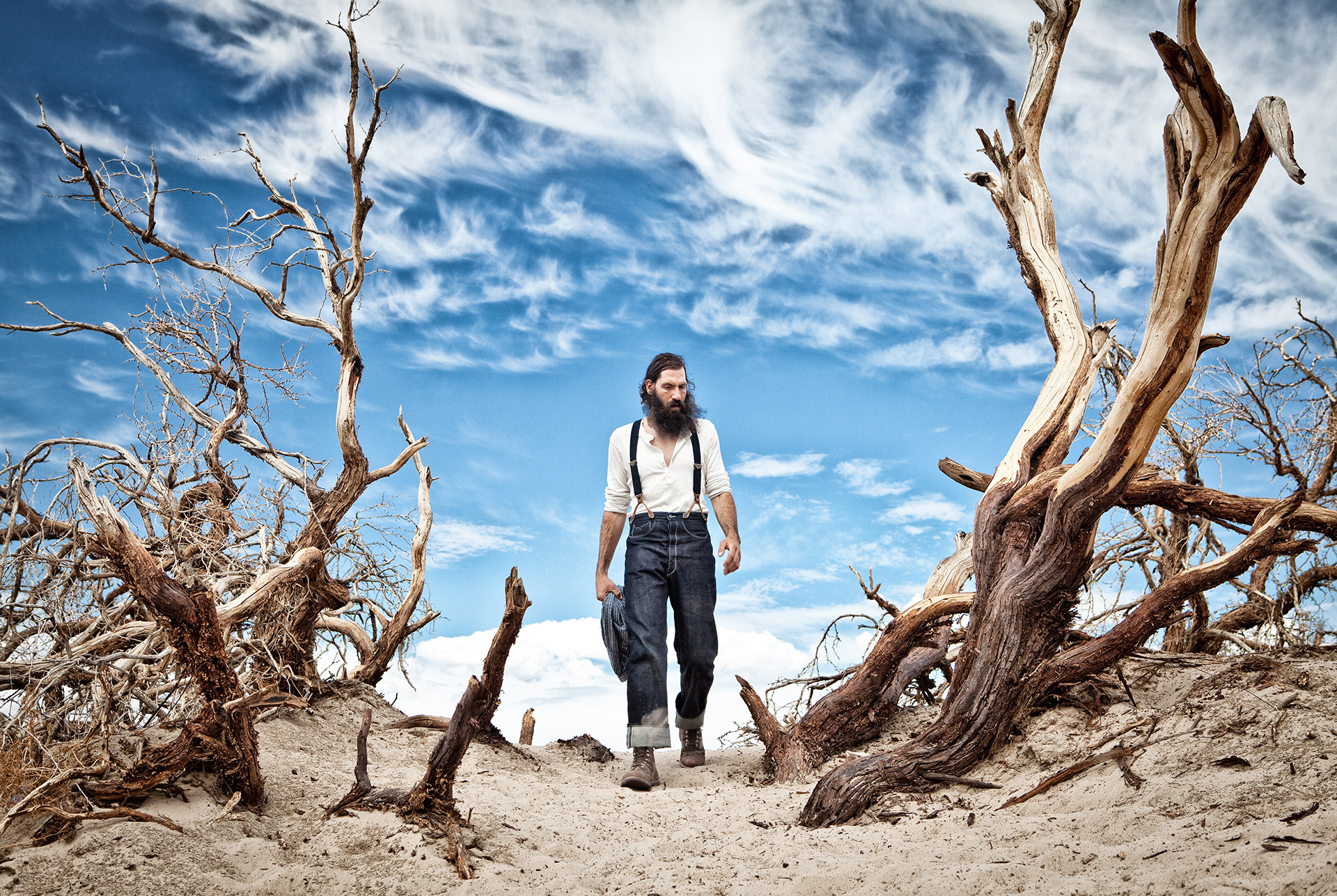 WHY, WHEN AND HOW DID YOU START YOUR CAREER AS A PHOTOGRAPHER?

I began taking pictures in 1996, during my first year at the Ohio State University. I started shooting because images have always been my main learning method; when I picked up magazines and books I ended up looking only at the photos every time. I was also fascinated by vintage snapshots, I watched them and asked myself a hundred questions about the people in the pictures… so I went to a motion picture school, studying cinematography and still photography, and from that moment on I’ve never stopped taking pictures, learning from my mistakes and finally achieving a very personal style. 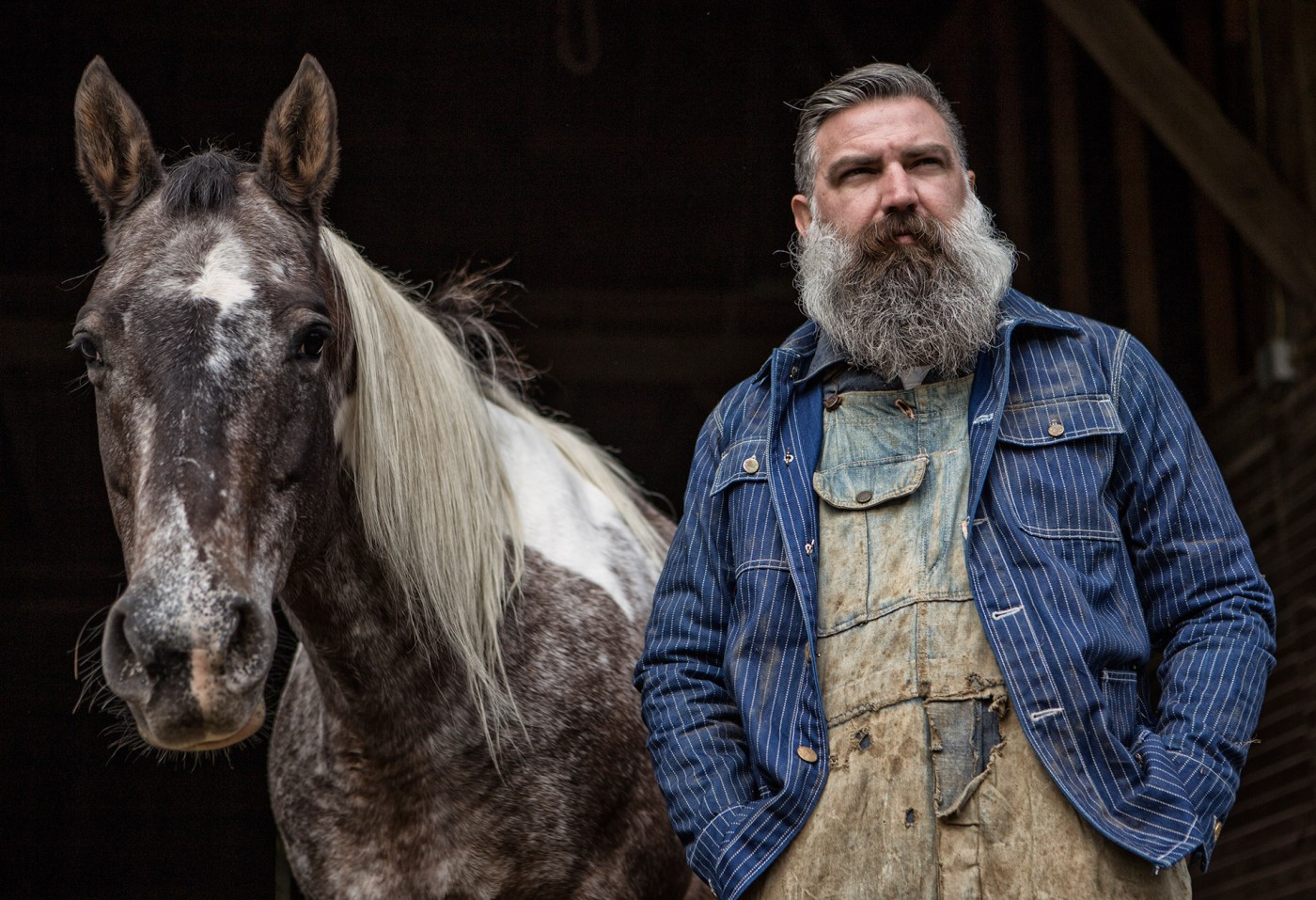 CAN YOU TELL US HOW YOUR JOB HAS EVOLVED WITHIN YEARS?

The evolution of my profession went at the same speed with the one of technology. More and more people are getting into photography thanks to mobile phones andpicture dedicated applications, but I still think that a professional photographer is needed to reach a result at certain level. I believe it’s mainly a matter of good eye, an absence of which becomes pretty obvious when you see the work by off-the-cuff characters, foreign to the field.

WHAT KIND OF EQUIPMENT DO YOU USE?

Generally I use a Canon with L series lenses. For special projects I still trust my analog Hasselblad or Mayima RZ67.

SO ARE YOU ALSO USING ANALOG CAMERAS?

I exclusively used analog cameras until I took part in a photoshoot with a colleague who had a digital camera. I was there changing films over and over again and in the meantime I saw him taking photos on and on, while I lost quite a few good snapshots. In the end, even if I intended not to give way to the digital temptation, I gave up. But still I use rollfilm to shoot on some occasions anyway. 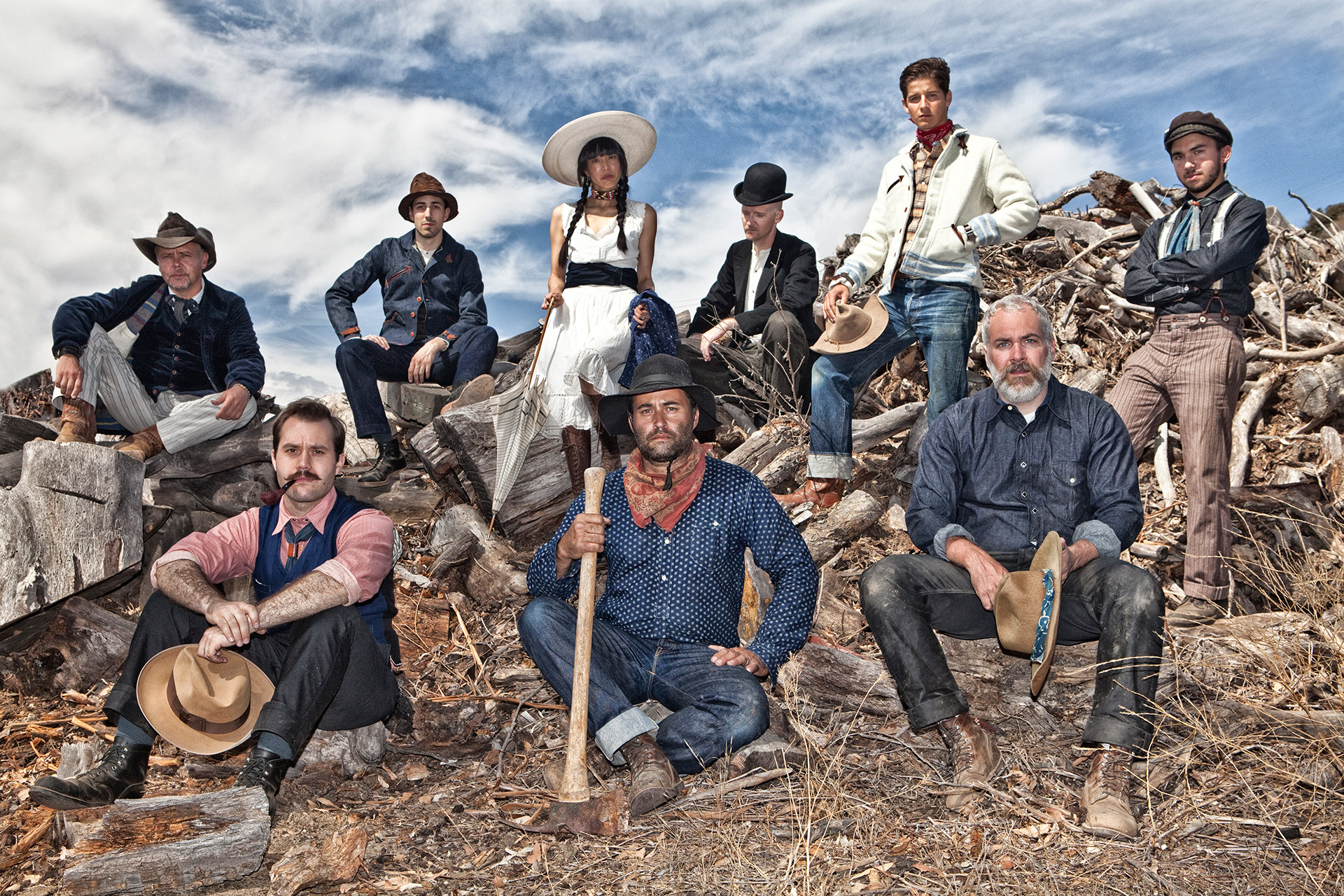 WHY DO THEY CALL YOU THE “BANDIT PHOTOGRAPHER”?

I had a dog named Bandit, who was my best friend. When he passed away I wanted to pay respect to him, so I called my blog banditphotographer.com. It’s a bang on name since I’ve always been a big fan of the old West bandits.

YOU CARE A LOT ABOUT DETAILS… IS THAT A KIND OF TRADEMARK?

Yep, I definitely have an ‘issue’ with details. I can sit there and shoot a subject to death, until someone has to say something and stop me. I kind of haven’t found my limits yet with that situation. I’m a pretty big collector so I think that’s in my blood to be very obsessed with details.

WHAT FASCINATES YOU THE MOST ABOUT AMERICAN HISTORY?

One of the things that fascinate me the most about Western history is its incredibly simple lifestyle and the mad detailing people put into clothing, design and daily life all the time. If you overview their garments and details, it’s almost beyond belief. Product packaging, lettering, prints… Also, the ability of those people to customize the product in order to make it perfectly suitable to their needs is amazing. 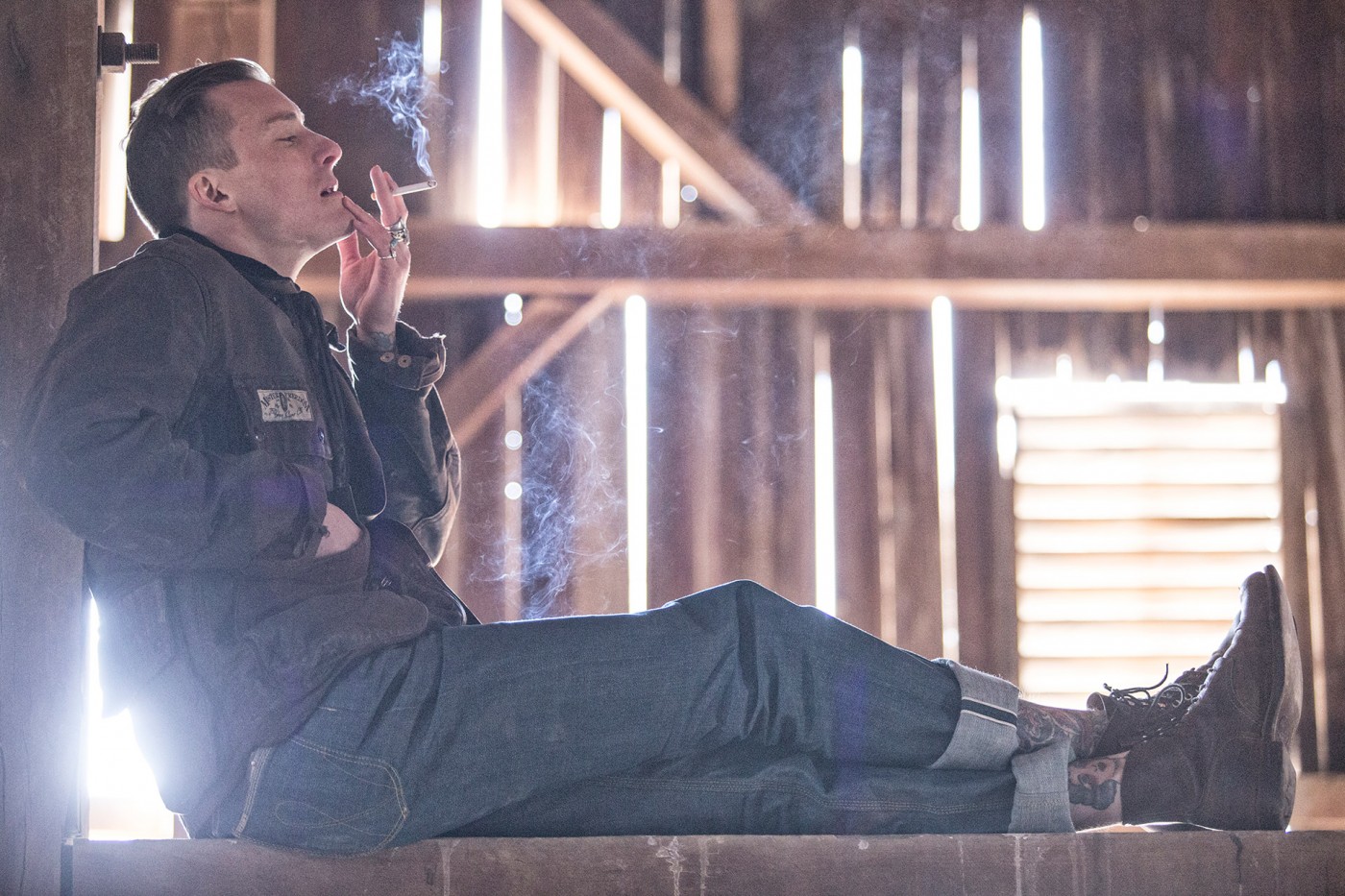 IN YOUR OPINION, WHAT’S THE “WEIGHT” OF DENIM IN AMERICAN HISTORY?

Denim played a great role in American history; it was the workers’ clothing, people wore it while building, putting down the railroads and also farming, it was worn to go hunting and to work in the mines… it is part of the country’s heritage indeed. It’s something that will never go out of style.

STAYING ON USA SUBJECT, WHICH FELLOW PHOTOGRAPHERS DO YOU TAKE YOUR INSPIRATION FROM?

They’re a lot and many of them are unknown. For example, police photographers have always been an incredible source of inspiration to me. They had a great talent in capturing the real personality of the ones they were shooting. I got mugshots from the late 1800’s-1930’s and these are some of the best portraits I’ve ever seen. Apart from that, my personal list features names such as Kinsey, Les Krims, Weegee, Diana Arbus, Leonard Freed, Bruce Davidson and Joel Peter Witkin.

SOME OF YOUR PHOTOS ARE QUITE EXTREME, ESPECIALLY THE ONES WITH MIKE HODIS… TELL US MORE ABOUT YOUR COLLABORATION.

I’ve worked with a few denim workwear companies and the thing I enjoy the most is the freedom you’ve got in this field. Most of the brands of that kind aren’t run by big corporations but by people who came up with their original concept and are still crafting their products. One of my favourite photoshoot was with Christophe Loiron (Mister Freedom) and his crew: we only chose a few locations and simply went around shooting while mucking around and having fun. No stress, just the wish to have a good time and get some cool pictures. The only anxious moment was being literally kicked out of the first location, but somehow we hacked it there also… I have done a few memorable photoshoots with Left Field as well. 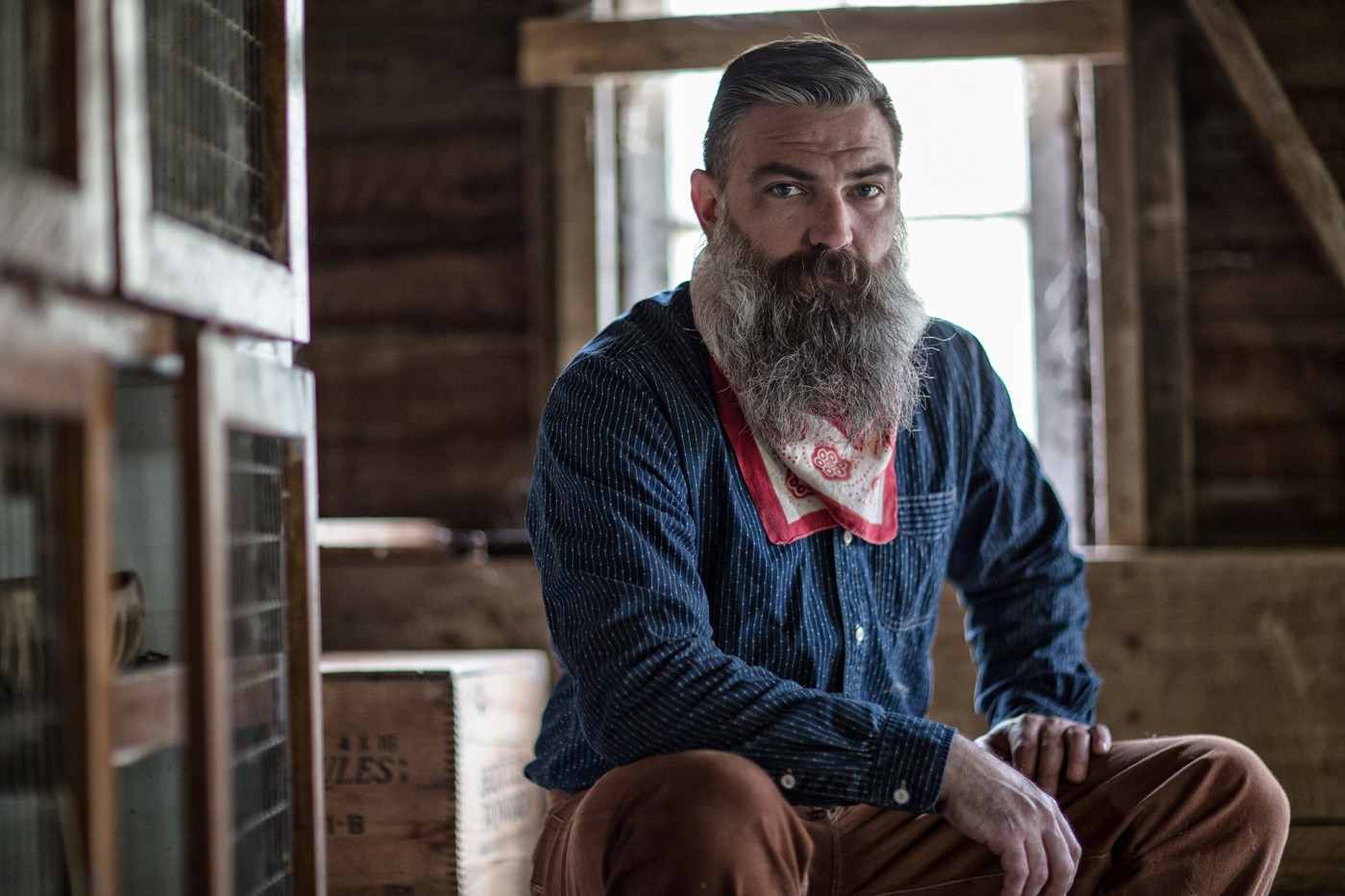 AND WHAT’S THE MOST EXTREME SNAPSHOT YOU’VE EVER DONE?

Well, I believe one of the most drastic ones was photoshoot with Mike, located in one of the most secluded ghost towns in the West. It was an extreme hike through a rough terrain including very high temperatures and rattlesnakes. It took us fourteen hours one way and then twelve hours back, while the thermometer showed over thirty-eight degrees. Nevertheless, I took some great portraits when we were all dehydrated and beaten up.

WHERE DOES YOUR PASSION FOR HERITAGE COME FROM?

It’s the natural consequence of my love for vintage photography and history. I think I am attracted to the ‘rough and rugged’. I enjoy shooting people with personality. Someone may think my work is a bit dark or gruesome; to me this is its beauty. Some guys have accused me of exploiting the ones I shoot, which I think is insulting. People actually worked hard to build the USA and this is the part I like the most. I’ve been collecting original photos of American workers for years now; I have thousands of original images of people in their respective daily clothing. I am now working on a book that will combine these images with the authentic clothing and objects used at the time by miners, loggers, farmers, factory workers, railroaders and hunters. I’m hoping to have it done by Winter 2015, so keep an eye out.

WHICH ARE YOUR FAVORITE DENIM LABELS? 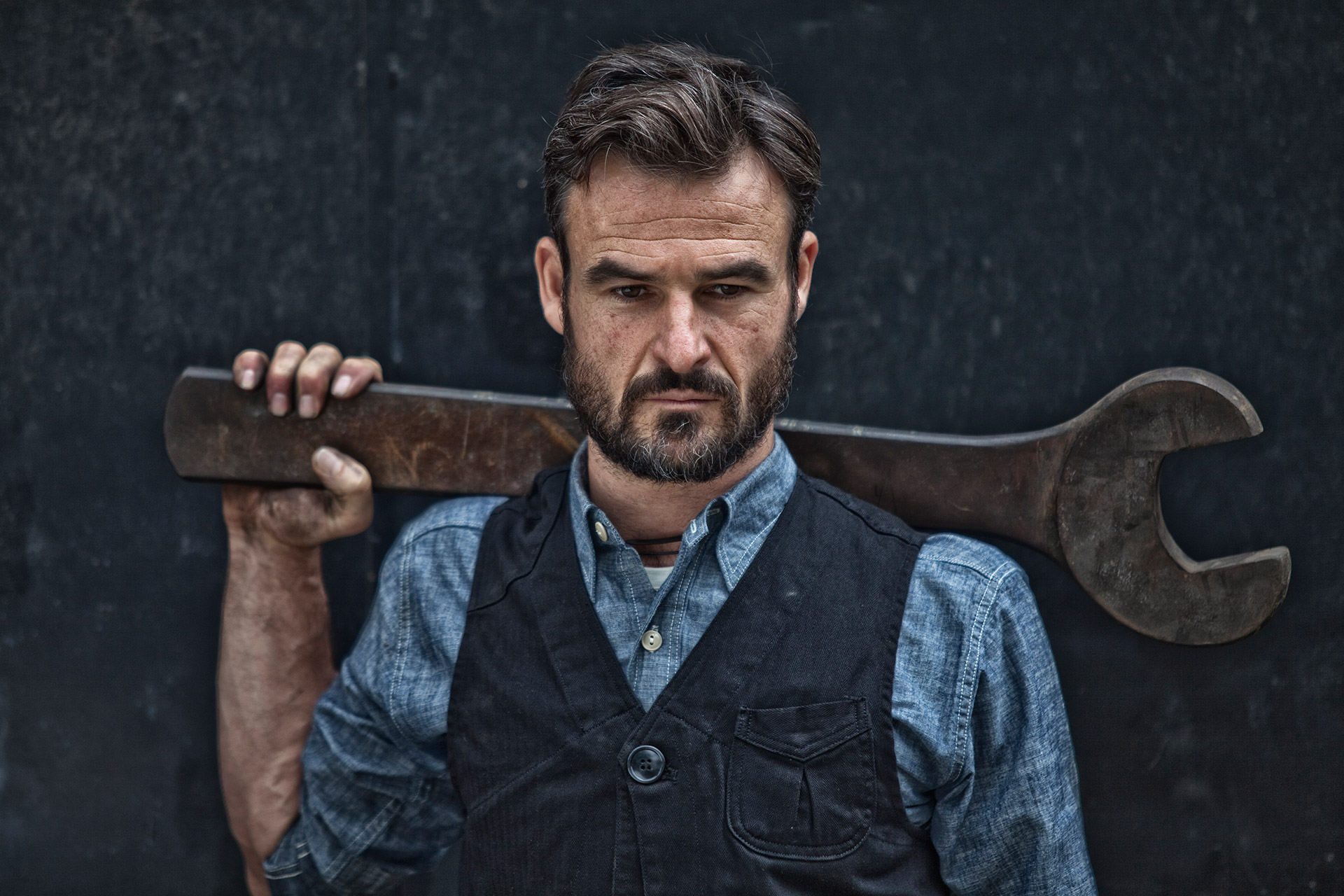