Mark Maggiori, you were born in France in the 1977 and you’re a multidisciplinary artist. For example you’re an extraordinary painter, can you tell us about your inspirations, your evolution and also your techniques?

Thank you. It’s hard to tell in a few words.

I have always been inspired by the American West. But it took me 36 years to find my favorite subject! I was directing music videos before and did a lot of photography. Painting was just a Sunday hobby once in a while. I discovered Western Painting at the Cowboy Hall of Fame in OKC in 2012. Since then all I wanted to do was painting. The West. 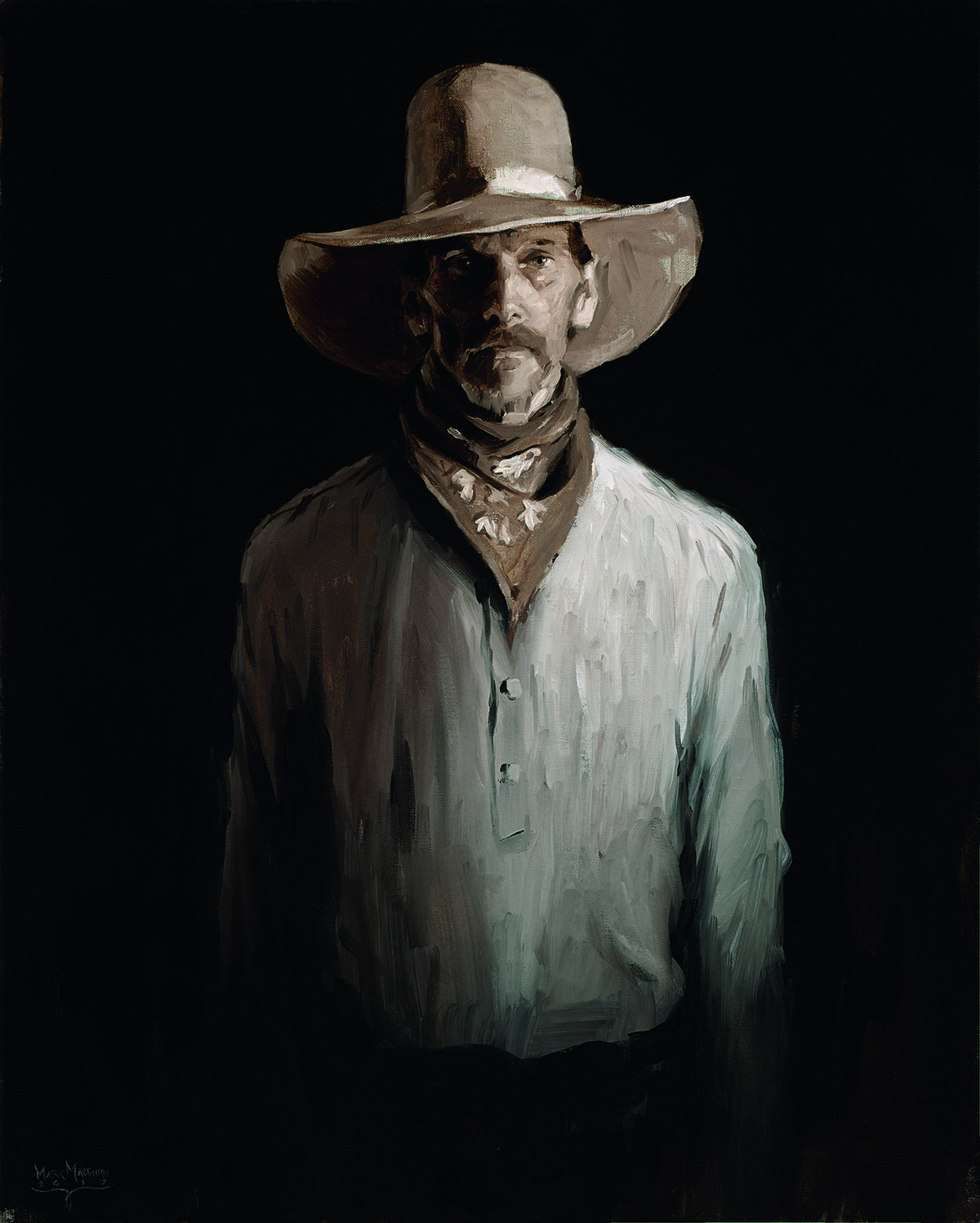 Can you describe to us your story, your studies and your first experiences in Paris?

My story is pretty long and I am not sure I’ll be able to tell it all by writing. But basically I was in a rock band at the age of 20 that became pretty big in France. All I wanted to do was playing music. But my parents wanted me to study something that would give me a job later on. They didn’t really believe in music. So on the advice of my uncle Claude Maggiori, I enrolled into the Academie Julian, a prestigious and historical art school in Paris since 1876. I thought I’d stay there only one year for preparatory then try the Beaux Arts. But I loved it and I was there for 4 years. I discovered my potential as a picture maker. It helped me also with the visual development of my band Pleymo. 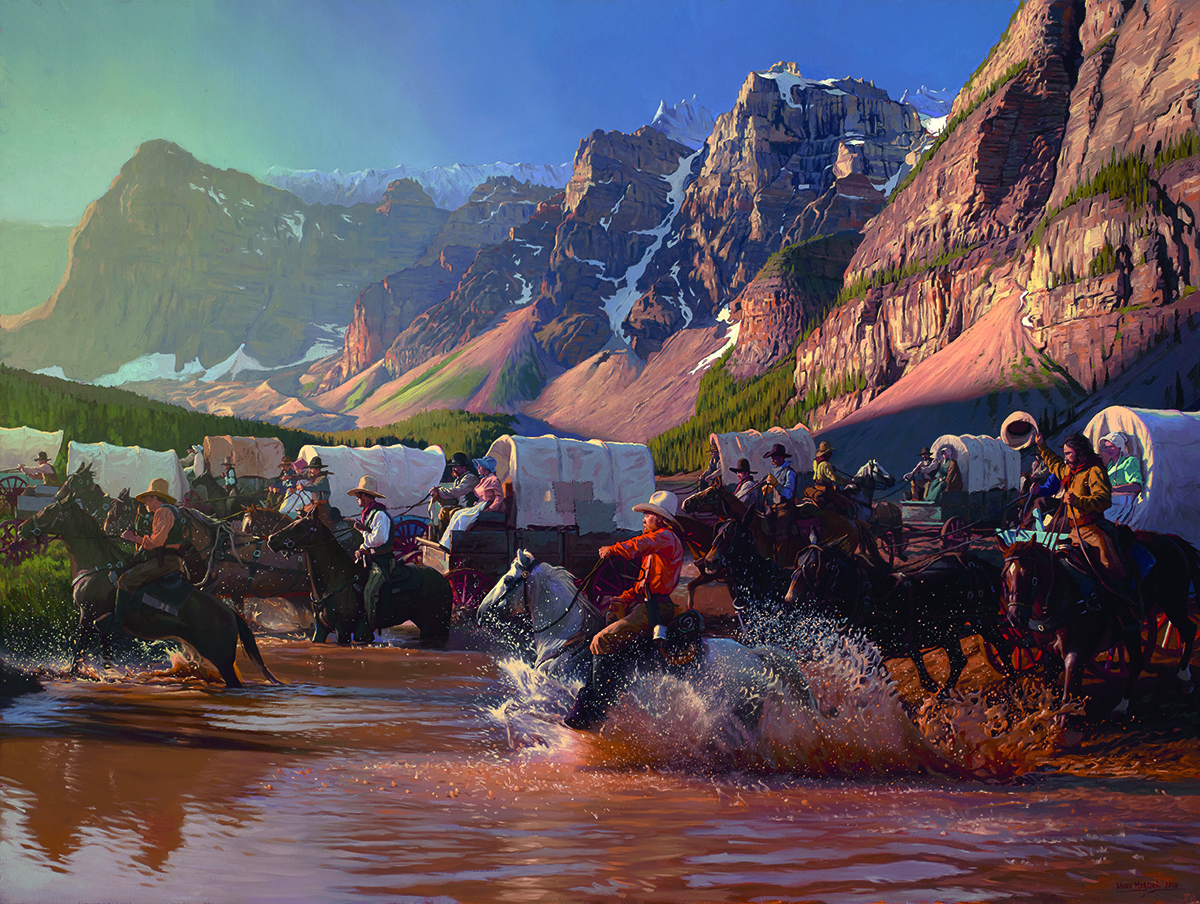 Can you tell us about your 10 years of experience in music as a frontman and as a video director and illustrator? Furthermore what are the differences with nowadays scene?

This was fun. Lot of experiences. Lot of fun. Lot of people met. Being in a band was a teenager dream. Being famous with it was unexpected. But we embraced it. I wish I was more aware back then of how lucky we were.

As for directing music videos, I learned so much from it. Team work, how to make great and strong images quickly, how to be fast at coming up with ideas. Learning how to make somebody shine on screen. Framing. So much. I think it has a lot of repercussion in my actual work as a painter. 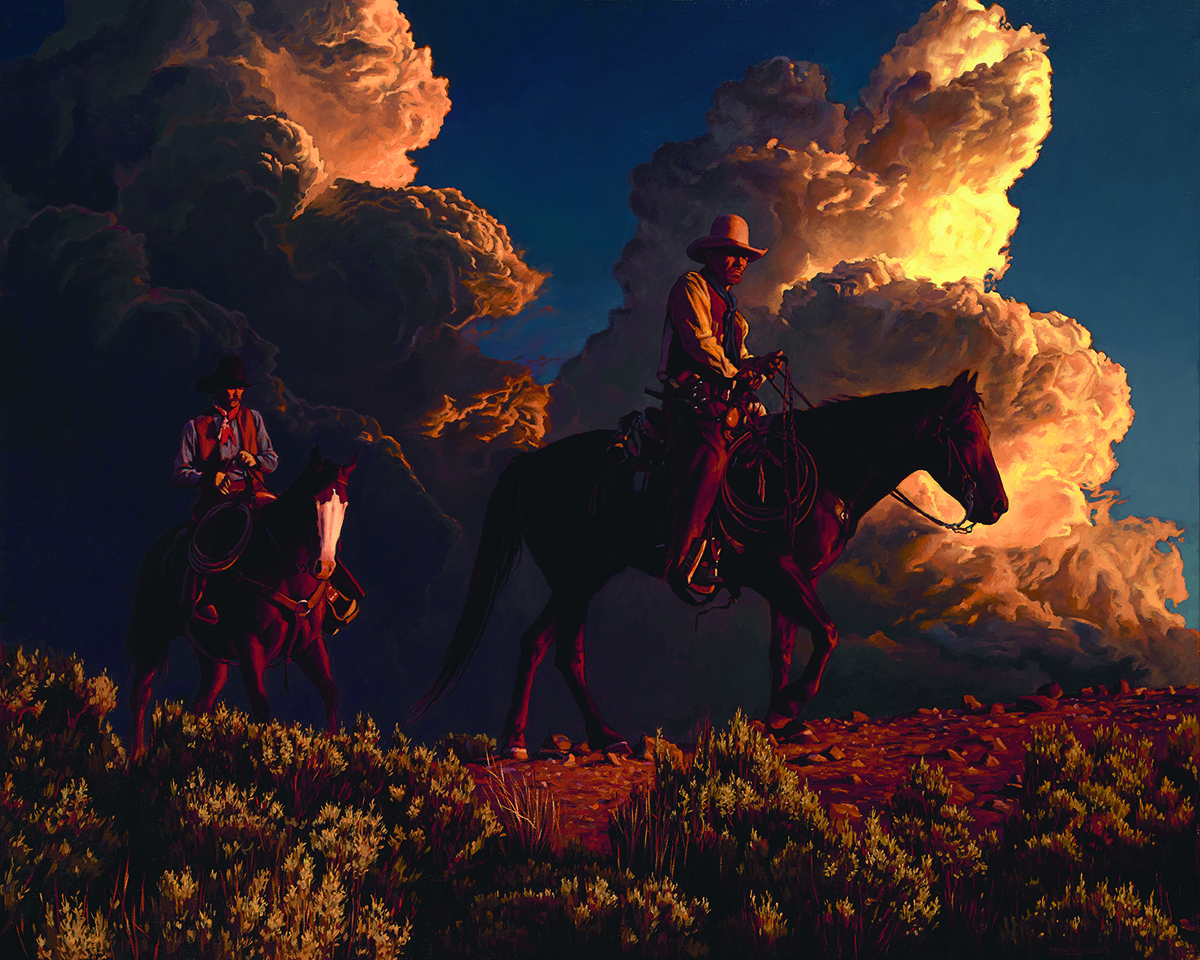 During the times of Helmet Boy were you a skater? Or what was your look/style?

I was skateboarding actively from 9 to 16 years old. After that, it was all music. Then I started to skate again when I turned 30. I still skate now. Can’t stop. My style has always been between western/redneck/80’s skateboard and a bit of 60’s Italian… ahahahaha!! Go figure whatever that is.

You are living in Los Angeles now, what are your current projects, exhibits and galleries that you’re connected with?

I’m working on the upcoming show at the Autry Museum called the Masters of the American West. It was a dream for me to be part of that. Also working on a show in Texas in April and many other things. I’m full till 2020! 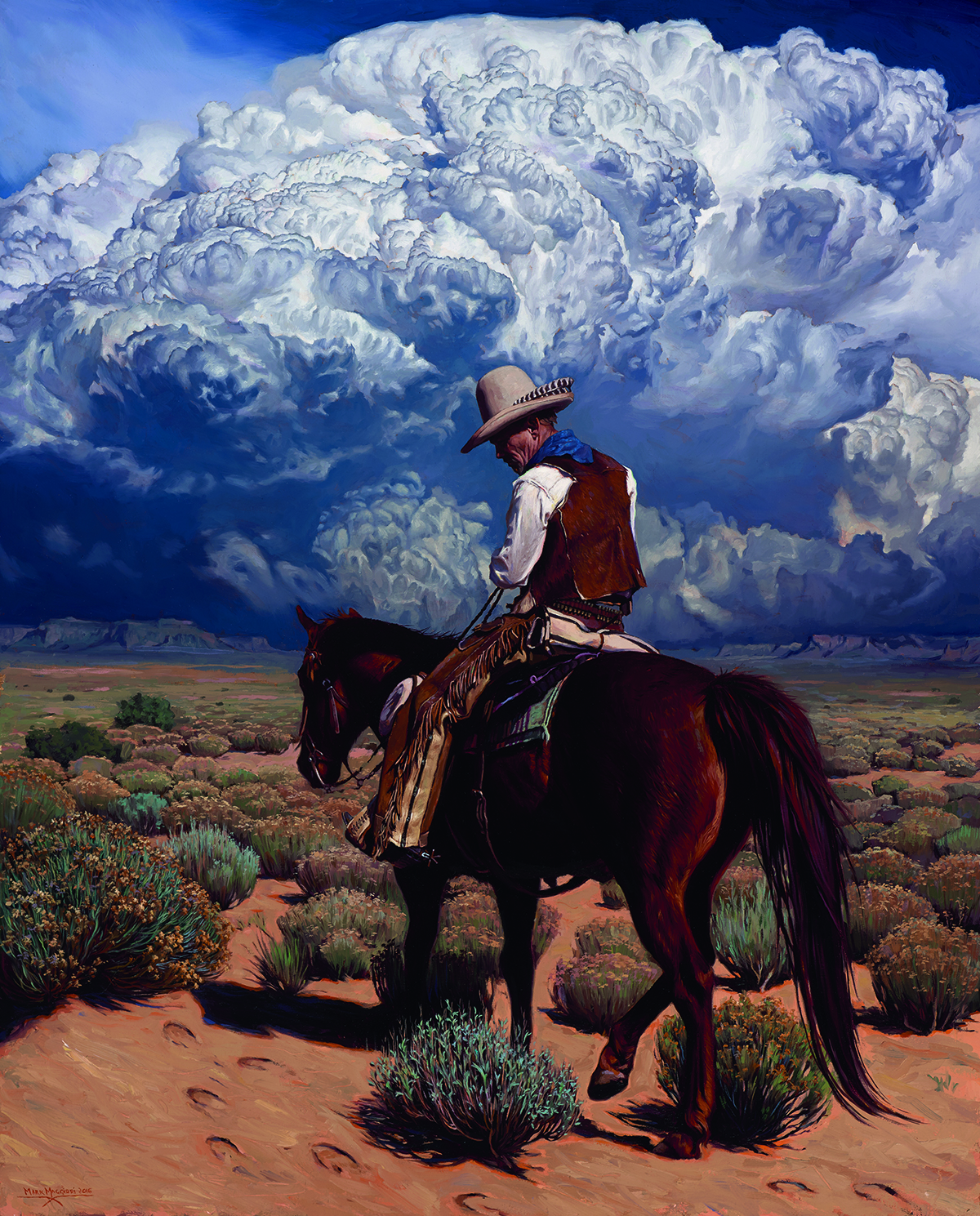 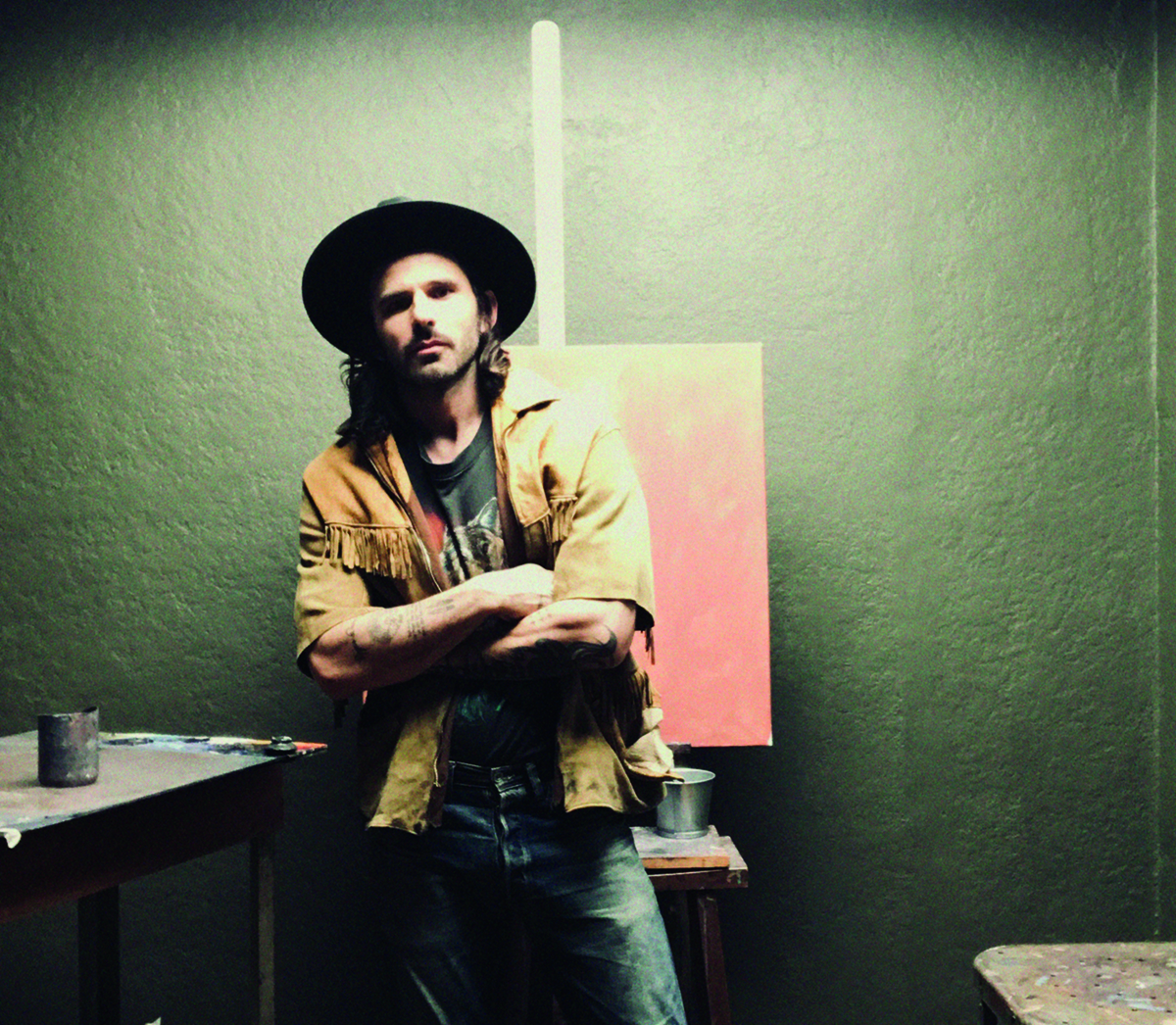 Time flies and styles change… How you dress now and how you see yourself?

I dress with good quality clothing, only made in USA vintage or made in Italy. Old shoes. Old boots. I hate nowadays fashion. I hate nowadays clothing. Everything is poorly made. People dress like shit. I mean, open a photo book from the past and go figure what went wrong. Something is wrong ahahaha!

Describe your passion for West and the boundless American landscape. We know that you were initially influenced by a trip from New York to San Francisco that you did when you were 15, and then?

It’s hard to explain. One has to go through the experience of the American West and its deserts and landscape to understand why I’m so into it. It’s fascinating, hypnotic, mesmerizing, it’s beyond words. The red dirt. The canyons. The endless horizons…

What can you say about your passion for cowboys and horses?

Not a lot. I just like the simplicity and fairness of the cowboys. Cowboys are hard working men and true people. No bullshit. I like that. I also like what the figure of the cowboy represent in the iconic imagery of the American dream. It reminds me of some childhood lullabies… 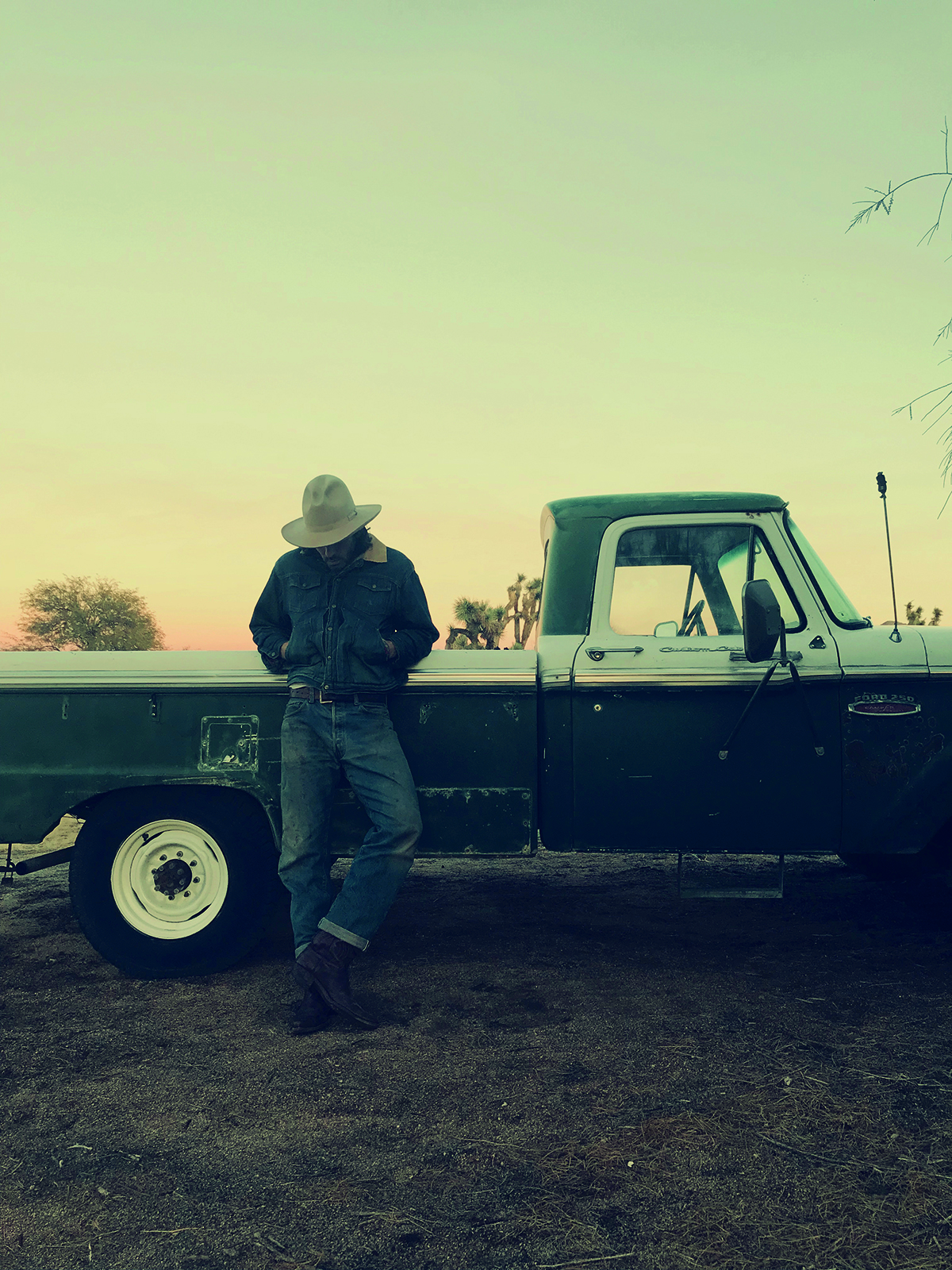 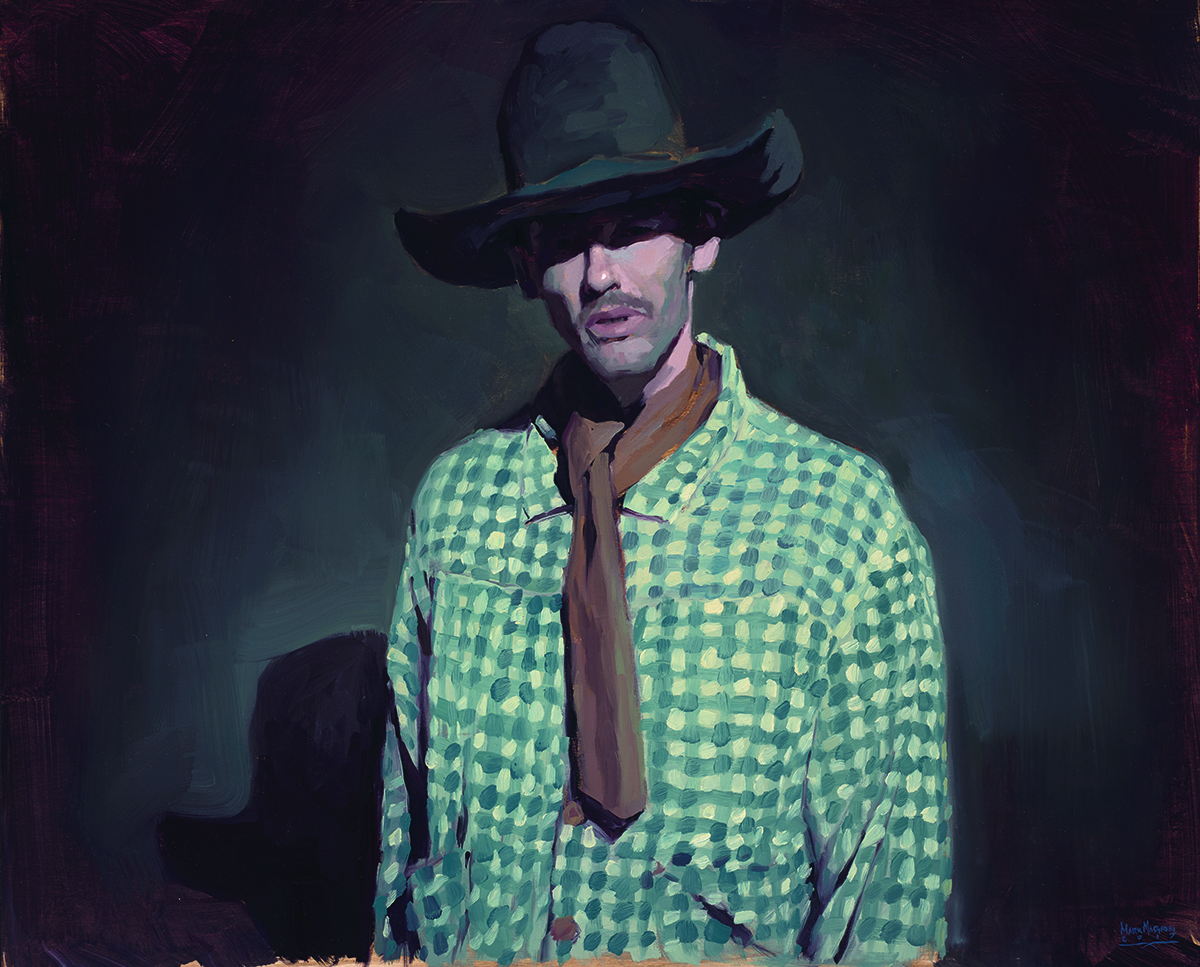 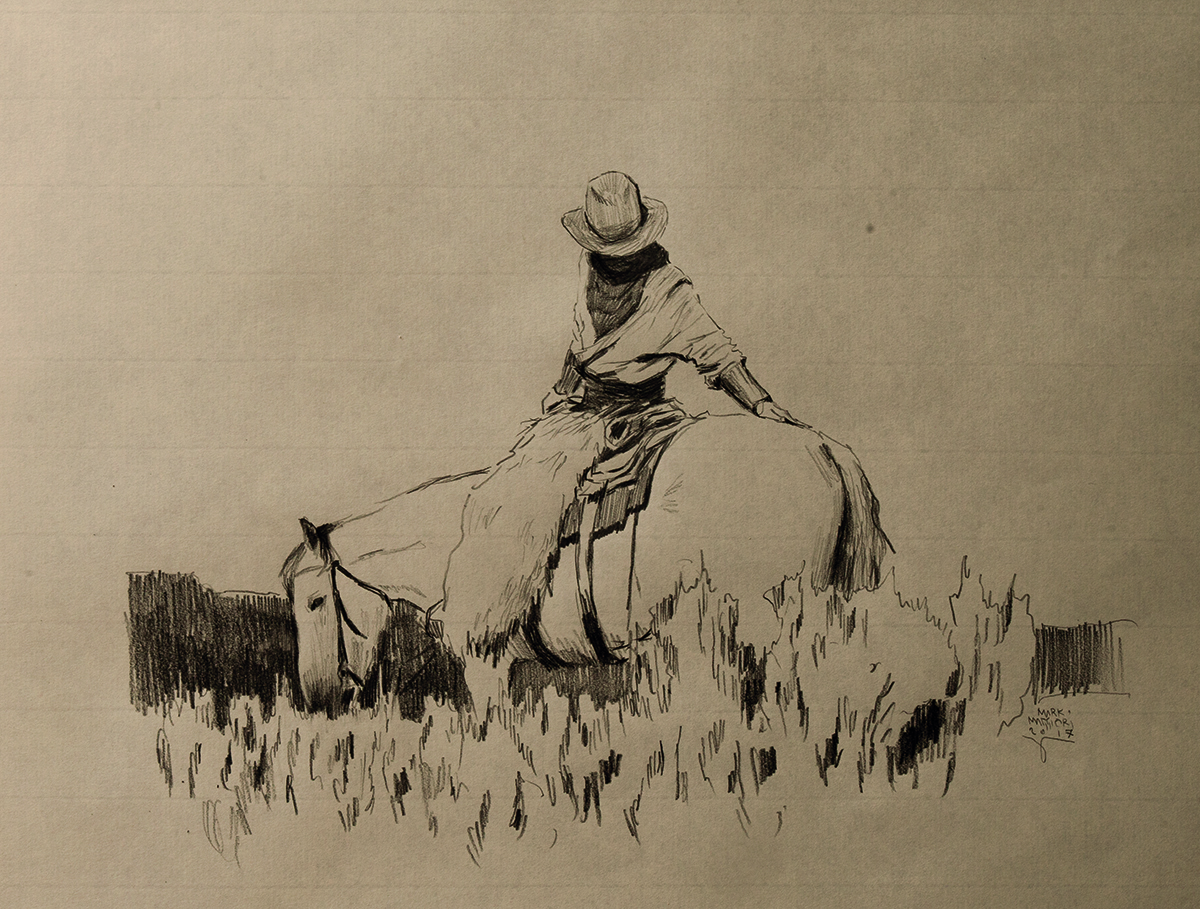